First Name
Danny
Last Name
Alexander
Job Title
Vice President
Company
AIIB
Country (Work Address)
China
Speaker Bio
The Right Honorable Sir Danny Alexander is Vice President and Corporate Secretary of the Asian Infrastructure Investment Bank.
He was the first Vice President to join the AIIB, in February 2016, one month after the Bank was inaugurated. He is a member of the Executive Committee, with responsibility for governance and the Bank’s relations with its shareholders, Board of Governors, and Board of Directors. Among other things, he leads work on the Bank’s relations with the host country; on high level relationships with other shareholders; on developing the Bank’s culture; and on the digital transformation of AIIB. He speaks for the Bank at international forums and meetings with leaders around the world.

Sir Danny is a Distinguished Visiting Professor at Tsinghua University (School of Public Policy and Management). He is Visiting Fellow at Nuffield College, Oxford University, and an Honorary Fellow at St Anne’s College, Oxford. He has a BA in Philosophy, Politics, and Economics from Oxford University.
Prior to this Sir Danny Alexander was one of the founders and leaders of the first UK coalition government since World War II. He was the chief negotiator for his party in forming the coalition. From 2010-2015 he served as a senior Cabinet minister in the UK Treasury (State Council level). With David Cameron, Nick Clegg, and George Osborne, he was one of the four members of the political inner cabinet (known as ‘the quad’) which oversaw the coalition government. In that time. he was responsible for the post-crisis fiscal consolidation program of the UK government. He led the work on UK infrastructure policy and delivery, leading to the first National Infrastructure Plan, and established the UK Green Investment Bank. He co-ordinated the UK government’s role in the 2014 Scottish independence referendum and, with George Osborne, secured agreement that the UK would join the AIIB. He was Member of Parliament for Inverness, Nairn, Badenoch and Strathspey from 2005-2015.
Speaking At
Panel session 2 - The investment perspective 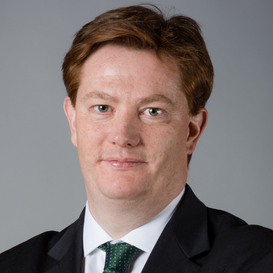