Full Name
Mrs Funmi Iyayi
Job Title
Director
Company
Lagos Chamber of Commerce International Arbitration Centre
Speaker Bio
Funmi Iyayi is a Director of the Lagos Chamber of Commerce International Arbitration Centre (LACIAC).
Funmi is a legal practitioner licensed to practice in Ghana and Nigeria. She obtained her LL.B degree from the University of Ibadan and was called to the Nigerian bar in 2003. Thereafter she obtained an LL.M in International Commercial Dispute Resolution from the Queen Mary University of London in 2006. Funmi worked in the law firm of Aluko & Oyebode, one of Africa’s leading law firms, as a member of the commercial dispute resolution team for several years. She represented clients in contentious and non-contentious matters and functioned as the secretary of arbitral tribunals. After that, she served as in-house counsel in a real estate development company, a position she held for two years before joining the Lagos Court of Arbitration as the General Counsel. Funmi transitioned to the role of Chief Executive Officer of LACIAC in January 2018 and was appointed a member of the Board in December 2018.
She is actively involved in promoting international arbitration across Africa as a member of various arbitration associations. She is a member of the CIArb (UK) and recently completed the examination requirements for fellowship.
Speaking At
Day 2 Africa and Middle East - Session 3: Regional experiences of using FIDIC forms – contractual aspects 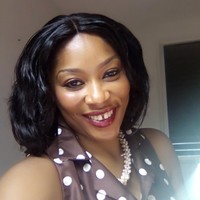